Working remotely has it's perks and it's pitfalls. Prior to leaving Boston I was advised to find a good co-working location. Co-working allows a person to rent a desk in a shared office space shared by other telecommuters, freelancers, freebooters, the self-employed and the otherwise solo employed. You get a desk, hopefully some high-speed internet access, a shared fax/scanner/printer and usually a kitchen. The arrangement works nicely. It's easier to have some social time with your co-horts, to develop some new friendships and to gain exposure to different fields, perspectives and even do a bit of self-development as you attempt to explain to people just what it is you do, and sometimes how you might be of assistance to each other professionally.

MA vs. CA by the Numbers 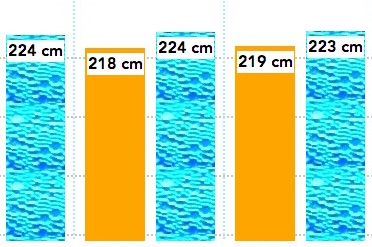 With a whole a palet full of boxes, some yard sales, some give aways and an embarrassment of the stuff of our life going into the trash barrels we finally got our place staged, sold, packed and moved the important stuff to the Hills Hollywood. That's right: Hollywood, California! I had always sort of wondered what tinsel town was like. We were lucky enough to find a classic bungalow in the lower hills that we would splurge a bit on and we moved right in. 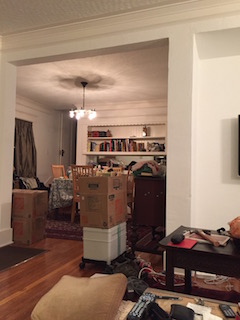 It wasn't so much that we had some fabulous place: we didn't. But the location could not be beat. I’m never going to forget the fun and convenience of this place: short walks past the Villa Carlotta to Franklin Village and Gelson’s Market, jogging and hiking in Griffith Park, and Sunday morning strolls to the Hollywood Farmers Market.

It was one of 11 units that were built in 1919 and retained some stunning period details with carefully restored features. We'd come in through the gate to a private front porch, relax in the living room with patterned ceilings, and burn some incense.

15 months in the Hollywood Hills

The office had these cute, nearly useless, built-in hutches straight out of a period piece. When you opened them things fell out on the floor with a lovely rattle. The dining room and other areas feature antique chandeliers and wall sconces but the electrical system was so old that you could have the microwave on or the television, but not both. We never did quite master how to watch the news consistently after microwaving a speedy dinner without a trip to the circuit breaker and waiting for the cable box to boot. And while it had a built-in trundle bed for visitors, we had to repaint the creappy place it stowed. 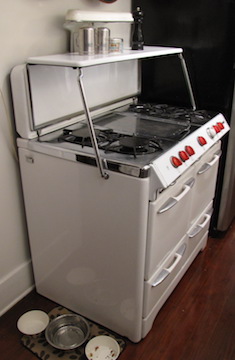 Things that charmed us initially like an art-deco kitchen with 1950's era O’Keefe Merritt stove (like a Hollywood starlet so cute she doesn't have to work much at all) it was so small as to make it possible to cook together only if one was willing to risk regular bruising (we were, but oh, the spats!). But then we could climb the pretty hardwood stairs to the breezy bedroom and enjoy the lovely courtyard and palms from the 2nd floor patio. We slept with the windows open nearly every night of the fifteen months we lived there. Our cats loved it, too.

We appreciated all the attention to detail the owners put into restoring and maintaining this gem, and with a 5 minute walk to the Metro Redline, we spent many blindingly bright days and airy dry nights exploring Los Angeles.

We have been able to get to a few more concerts than we had been to in years, finally seeing the Damned and the Misfits live, among other acts we have seen in clubs that are new and different to us.

A new annual pilgrimage is being made (twice now) to the LA County Fair. The rides are mostly too wild for us, but the first year we shared our first Ferris Wheel (after nearly twenty years of marriage!) and funicular in 2016.

Going to see the Los Angeles Kings and the Dodgers with new and old friends has been a delightful diversion.

Putting down roots in sandy soil

Los Angeles has many, many, many neighborhoods and the Greater Metropolitan region population has a population of over 18 million people. There are a variety of microclimates, immigrant communities, and important commuting concerns. Figuring out how we want to live, where we can afford to live, and ultimately where we want to live has been an unfolding process. For this reason we had opted to initially rent, taking time to explore areas and neighborhoods and analyze the housing market closely for a year before committing. We decided together that there were several target neighborhoods and began putting in offers. After various travails and traumas we found what is, for now, our forever home. We bought a Craftsman built in 1926 in El Sereno (City of Los Angeles).

Mostly friends, but certainly not the weather!